Deprecated function: The each() function is deprecated. This message will be suppressed on further calls in _menu_load_objects() (line 579 of /home/thadesonco/public_html/includes/menu.inc). 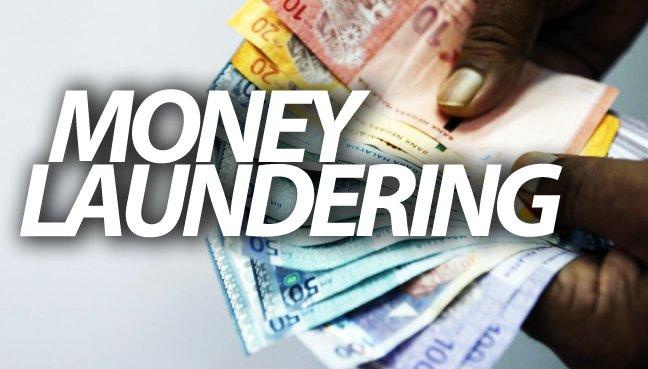 “The only limitation to the methods and techniques used to launder criminal funds is the imagination or creativity of would-be launderers themselves.” Robert Stokes

Money laundering and its criminalization appear to be a modern concept. But in reality, activities behind money laundering, that is, disguising of illicit origin of money, track their origin to ancient times where false trading was the way to transport illegal merchandise and proceeds.

The modern money laundering practice is often associated with the way Alphonse Gabriel “Al” Capone used the cash intense business of launderettes to disguise his illegal alcohol proceeds in times of prohibition in the 1920s. The term ‘money laundering’ first appeared in newspapers reporting the Watergate scandals in the United States in 1973, and since then it has been used to describe the process of converting cash, or other properties, which are derived from criminal activity, so as to give the appearance of having been obtained from a legitimate source.

It is estimated that, around the world every year around USD 2.1 trillion of criminal proceeds are laundered. The largest income for transnational organized crime comes from illicit drugs, which account for some 20% of all crime proceeds. With this in mind, one may be tempted to query how and for whom money laundering poses a problem? If those proceeds are injected in formal financial sector, is rather beneficial due to more liquidity than hiding them outside?

In practical that is not the case, although money laundering appears to be a victimless form of financial crime, its effects may have far-reaching consequences. Failure to prevent money laundering may damage the integrity of a country’s financial institutions while it may also have adverse consequences for the country’s economy. In other words, it is essential that the financial sector attracts and retains legitimate funds if it is to be successful. Not only that but also money laundering may affect both exchange rates and interest rates, distort prices and create 1 Author is the Managing Partner and Advocate at Thadeson Advocates, Commercial and Corporate lawyer with more than 8 years in practice, holding Master of Laws in International Business Law from University of Liverpool, UK. (IG@peterthadeo1) a demand for cash, with all of these factors possibly having an impact on inflation.

Not only financial institutions but also the use of professionals, such as accountants and attorneys, to facilitate money laundering may harm the reputations of the individuals and professional concerned as well. The influence of criminals on professionals may negatively affect decision making, thus further damaging the reputation of the industry.

Those professionals who are exploited for money laundering are likely to be vulnerable as regards other crimes such as fraud and they may be subjected to physical threats so as to ensure their continued compliance. In addition, dishonest professionals have access to more income than honest professionals, thus making their businesses more profitable and creating imbalances in the industry. Money laundering may have a negative impact on the good governance, transparency and accountability of both public and private organisations.

Therefore, if is allowed to continue unimpeded, criminals will continue to finance further criminal activities and the level of crimes will definitely increase. Prompted by these devastating effects, the need to combat money laundering arises from several factors.

First, through ‘trailing’ the illicit proceeds it is possible to identify and attack leaders of organised criminal activities: money always finds a way back to its bosses.

Second, money laundering is a serious threat to national and international security. It threatens the safety and security of peoples and states, political institutions and the international community.

Fourth, if left unchecked, money laundering can erode the integrity of a nation’s financial institutions. Therefore, the objective of the criminalization of money laundering is to take the profit out of crime.

The rationale for the creation of the offence is that it is wrong for individuals and organisations to assist criminals to benefit from the proceeds of their criminal activity or to facilitate the commission of such crimes by providing services to them.